After shooting over 1,000 depositions , I look back and reflect on what helped me improve as a legal videographer. Seminars, conferences, technical upgrades and compacting my kit have helped bolster my development and expand my skill set. But the one thing I truly believe made a difference, Trial Presentation. Every videographer knows (or should know) the final deliverable of a deposition can come in a synchronized version. But how many videographers actually know what a sync can do? How many videographers have actually navigated their way through a ‘sync?’ Sure, explaining and understanding the concept of a sync is important, but not as important (in my humble opinion) as seeing it in action. It’s critically important that a videographer understand the full function and limitations of any product they deliver or recommend to a client.

In my view, if a videographer has learned the sync interface and actually played back video clips in trial, it improves their sense of awareness during the original recording of the deposition. Things like microphone and backdrop placement become more important after hearing and seeing some poorly mic’d and framed witnesses played back before a judge and/or jury. Sure, you might be able to hear the deponent when you mic’d them up, but when played back it a large room, the audio might not be as clear as it could have. That one clip could be the turning point to a case and if not properly amplified and heard, it might not resonate with the judge or jury.

I’m not saying videographers can’t be great without going to trial. Anyone that takes pride in his or her work should perform the proper prep to ensure the best quality. But imagine a videographer that has seen the product from beginning to end. They were present for the depo and then present for the playback. They know their product inside and out so that the final deliverable will be flawless. Even if they aren’t the ones who will be showing it at trial, they can relate to the trial tech or consultant that will and would not want to put that person or persons in a difficult position.

A quick story to end on – When I was presenting at trial in St. Louis several years ago, I made clips of a medical experts testimony. The video was from early 2009, when the older BlackBerry phones were still prevalent in depositions. Anyone who remembers them will also remember the annoying buzzing they would create on video when ringing or receiving notifications. In this instance, the buzzing was coming through OVER the answers of the doctor. Of course, as the trial tech I was…scolded (to use a nice term) for letting that happen. Now, though the videographer should have notified counsel that the he was picking up interference, he continued without doing so. Imagine if that videographer knew what could happen at trial if he heard the answers weren’t coming through clearly and how that would affect the video testimony. 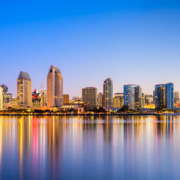 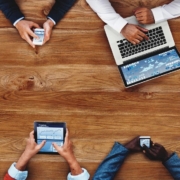 A Trial Tech’s Bag of Tricks 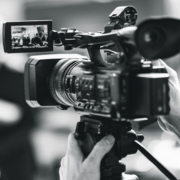 This site uses cookies. By continuing to browse the site, you are agreeing to our use of cookies.

We may request cookies to be set on your device. We use cookies to let us know when you visit our websites, how you interact with us, to enrich your user experience, and to customize your relationship with our website.

Click on the different category headings to find out more. You can also change some of your preferences. Note that blocking some types of cookies may impact your experience on our websites and the services we are able to offer.

These cookies are strictly necessary to provide you with services available through our website and to use some of its features.

Because these cookies are strictly necessary to deliver the website, refusing them will have impact how our site functions. You always can block or delete cookies by changing your browser settings and force blocking all cookies on this website. But this will always prompt you to accept/refuse cookies when revisiting our site.

We fully respect if you want to refuse cookies but to avoid asking you again and again kindly allow us to store a cookie for that. You are free to opt out any time or opt in for other cookies to get a better experience. If you refuse cookies we will remove all set cookies in our domain.

We provide you with a list of stored cookies on your computer in our domain so you can check what we stored. Due to security reasons we are not able to show or modify cookies from other domains. You can check these in your browser security settings.

We also use different external services like Google Webfonts, Google Maps, and external Video providers. Since these providers may collect personal data like your IP address we allow you to block them here. Please be aware that this might heavily reduce the functionality and appearance of our site. Changes will take effect once you reload the page.

As a convenience to our clients, Aptus offers safe & secure online payments through a third-party payment processor. To take advantage of this online payment option, simply click “Pay Now” below, and you will be redirected to a secure payment site to process your payment.